This is a pretty effect polish from By K that also can be used on its own. Iridescent glitter in a sheer pink base. You need three coats for it to be opaque on its own but only one thin coat to get a pretty effect on top of other polishes.

I tried Sugar Rush over all twelve of By K's summer and fall 2014 polishes but I thought it looked absolutely best over the green ones. So two pics today, one of Sugar Rush on its own and one pic with it layered over some lovely greens.

I like it best layered and absolutely best over the green blue glitter polish Waterfall (ring finger). 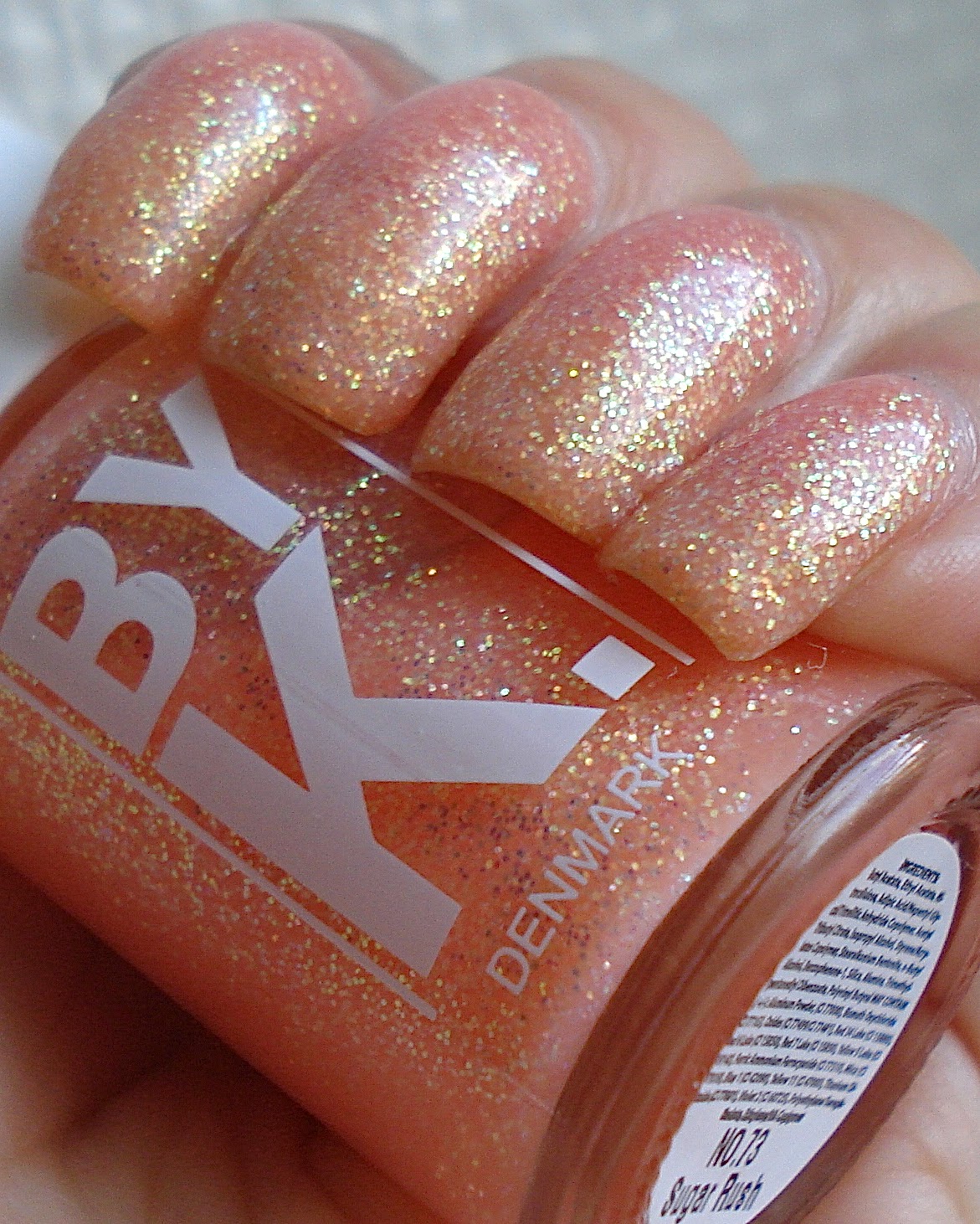 Number of coats: Three on its own. One as layered.

Formula: Good formula. On the thicker side but not gluey. Perfect glitter flow!

I'm not that much into layering and effect top coats but this is a fun top coat which also can be used on it's own. I like that different base polishes brings out different colors on the glitters.