Welcome to part four of the series of the history of nail polish! :D
You can ealisy find part one, two and three in the Gallery under "Nail polish history" to the left.
Now we're at when it all happens! When the modern nail polish is born!
Enjoy!

The catalyst for the coloured nail lacquer we use today was the creation of high-gloss car paint in 1920.

A French makeup-artist by the name of Michelle Manard had the ingenious idea of adapting these paints for use on nails. She played around with the formula and developed a glossy lacquer similar to the nail polish we use today. 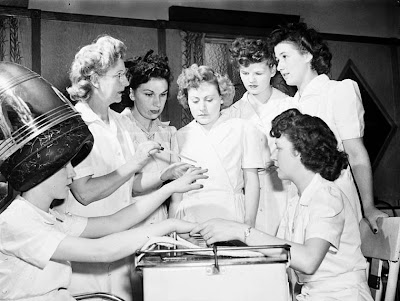 Her employer, The Charles Revson Company, saw what a goldmine she had going on and began working to perfect the formula. The owners partnered with chemist named Charles Lachman and, using Manard’s original idea, they created an opaque, non-streaking nail polish based on pigments.

The revolution was to abandon staining the actual nail, but instead to paint a hard-wearing enamel on top of it. Because their nail varnish was created from hard-wearing chemicals rather than from herbs, it had the advantage that it was easy to store and keep. As long as the bottle was sealed and the solvent could not evaporate, the varnish was as good as the day it was created. 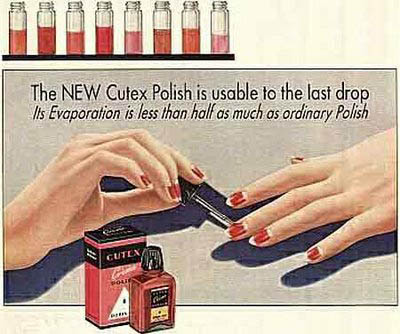 In 1932, the company changed its name to Revlon (they changed the S the in the middle to an L for the other co-founder Lachman) and began selling the very first modern nail polish! It was initially sold in hair and beauty salons, and was then marketed in department stores and drug stores. 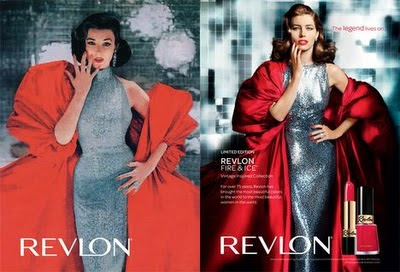 Once nail polish was refined, it was often used instead of gloves to cover up the grime underneath the nails. 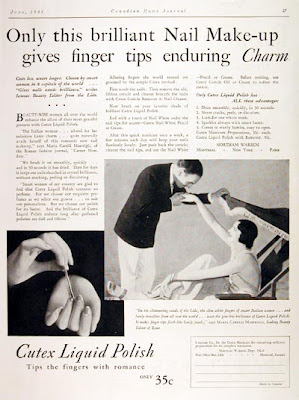 The first modern manicure was known as the “moon manicure”. To achieve this look the cuticles were cut, free edges filed into points, and polish was applied to the nail but not to the moon and tip (see the ad below). 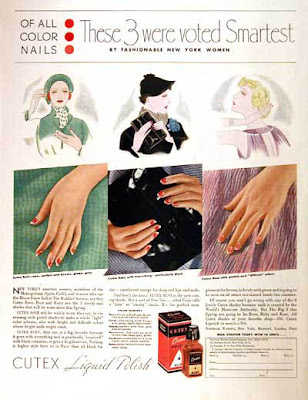 WOW! How do you like that? Nail polish was developed our of car paint?!?!
I guess we all laquer heads should thank the inventor of that car paint! ;)

Doesn't it make you angry though, that Revlon took all the credit for Michelle Manard's hard work??? She was "only" a woman and they were men... >:-(

Next time I will show you the nail polish trends from the 20's to modern time! It will be a feast for your eyes - and mind! ;)
So stay tuned! :)