Lately I've been reading on several blogs that H&M Wintersky is extremely similar to Essie For the Twill of It. Some bloggers even call them dupes! This is NOT true! They are definitely not dupes and not even that similar either as a matter of fact!

I have the pleasure of owning both polishes and I let my pictures speak for themselves :) This is two coats of each polish. 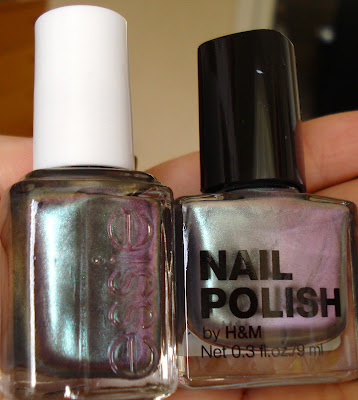 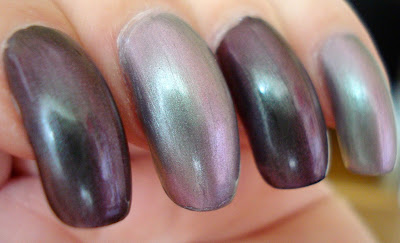 As you can see Wintersky is much more pale and silvery whereas For the Twill of It is much more dark grey. Yes, the both have a duo chrome effect to lilac and green but they are not dupes! They both have a much deserved place in any collection! :)

Speaking of grey/lilac/green duo chromes released this fall, For the Twill of It is much more similar to OPI Peace & Love & Opi! I don't have the OPI one but here's a bottle comparison. 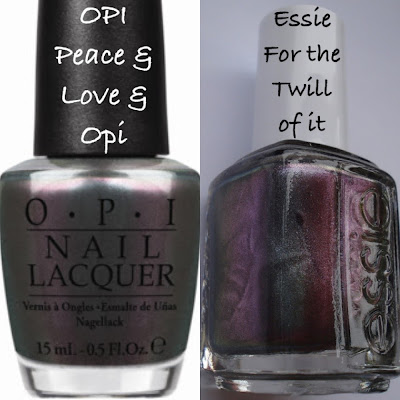 From what I have seen on other blogs they are VERY similar but not dupes either. Apparently there is a tiny difference in the shade of the lilac and in the amount of visible brush strokes. This is not my own conclusion but only what I've read.

I think the H&M is the best alternative here. I like that it's so pale and that it is the most unique one of these three. It also has by far the best price!