For this Holo Friday I have a comparison of black holos for you! I put black in quotation marks because it's actually one black, one very dark grey and one grey holo that I'm comparing for you. But they are all shades of black anyhow ;)


These are the stars of today's comparison: 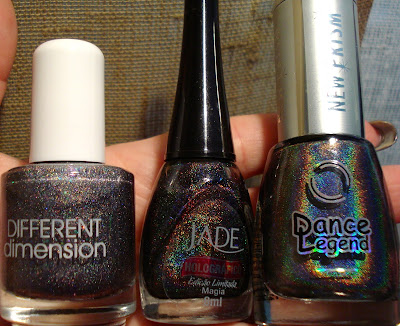 I did two coats of each with no top coat according to the following:
Index finger - Black Dahlia
Middle finger - Magia
Ring finger - Spacecraft
Pinkie - Black Dahlia 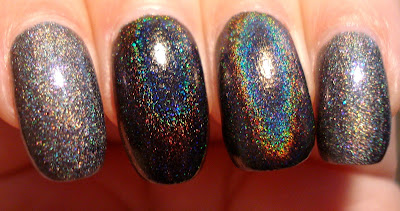 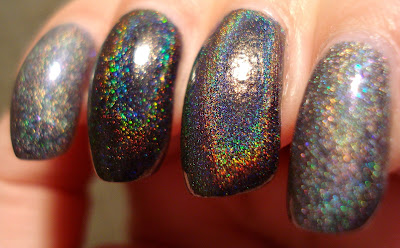 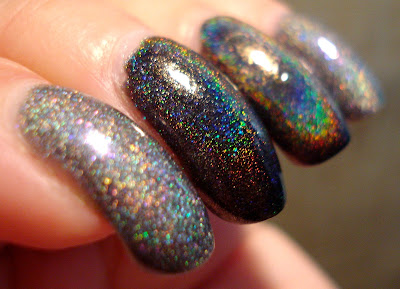 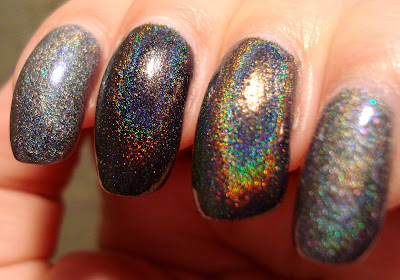 As you can see there are different kinds of black base colors, but there is also different kinds of rainbows. Black Dahlia has the weakest and most scattered rainbows whereas Spacecraft has the strongest and the most linear one. Magia has something in between.
Black Dahlia also has iridescent purple/blue/green glitters in it but those glitters are extremely camera shy.

Spacecraft and Magia have better formulas than Black Dahlia which is a bit on the thick side probably due to the iridescent glitter.

Which one is your favorite and why?
Have you tried any of them yourself?
kl. 09:00